The ad tech industry has become increasingly fragmented and has lost its focus on consumers over its failure to execute a cohesive user experience. It also needs to improve communication to achieve better transparency and build trust.

These were among the range of issues discussed at the Programmatic Summit held in Sydney this week, where keynote and panel speakers touched on opportunities and challenges facing the industry today; including the much-talked about need for more transparency, as well as the perennial question of whether to go the agency route or remain in-house.

Mayur Gupta, Kimberly-Clark’s global head of marketing technology and innovation, kicked off the day’s first keynote with an urgent call for market players to rethink the way they operate and plug the holes.

He pointed to the increasing fragmentation of the industry, which had been broken down so much that it was littered with silos and excessive operating models, resulting in the delivery of a “broken, isolated experience”.

Gupta further noted an ‘obsession’ with channels, where industry players talked about the need to focus on consumers, but failed to do so in terms of execution. “How many times have we heard the term ‘mobile-first’? How often do we hear organisations saying they need to have a social strategy?” he quipped. 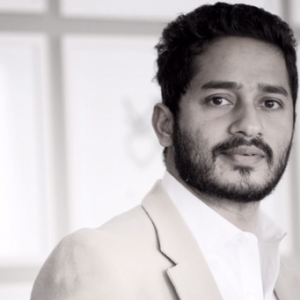 “Channels are irrelevant to consumers who care only about being able to buy the best product at the best price and will not care whether they did so on the mobile or in the store”, he said. “We’ve actually lost the concept of ‘human’. We’ve lost the human. We’ve become so channel-driven that our budget and focus have become channel-focused.”

Programmatic, and the importance it places on data, is bringing the shift back to the human, Gupta noted, adding that it can help solve the missing link: the consumer.

He said programmatic should not be deployed simply as a media-buying tool, but for its role in changing consumer experience and behaviour. “It’s not about maximising your clickthroughs or impressions. It’s about how you can remove stigma about your brand and how to drive brand loyalty. That’s the impact programmatic has on the overall consumer experience,” he noted. “This is only possible when we start tapping data. It’s about how well you leverage the data and apply the signals.”

Noting that Kimberly-Clark was still in its infancy in terms of its programmatic adoption, Gupta said the CPG brand had implemented it only in North America, but was now looking to extend this to its other tier 1 markets, including Australia.

The company had focused the initial years of adoption on driving cost savings and ROI, and optimising its media spend. It is now directing its efforts toward identifying the best ways to apply data and measuring the impact of tech data, he said. It operates a hybrid model where it owns its programmatic infrastructure but taps agency partners that manage and operate the trading desk.

“One of the big founding principles at Kimberly-Clark isn’t about how much technology we have, but how well we apply it and help it to evolve along with consumer behaviour, while analysing what’s preventing brands from making money,” he explained. “When we look at new capabilities, we’re also conscious about not stacking it up. We ask how each piece fits into the puzzle we have and how it helps us complete that puzzle, and not just stack on top of it.”

Referring to a famous quote from Apple’s Steve Jobs, Gupta said innovation and creativity were nothing more than connecting the dots. “It sounds simple but is the most commonly missing element in our community today–the ability to connect the dots.

“Ultimately, it’s making [the consumer experience] frictionless and enabling consumers to buy the right product, at the best price, at the right time, place, and touchpoint.”

Google’s group product manager, Payam Shodjai, noted how programmatic had started out to enhance performance campaigns and was now being extended to bring the same efficiency to brand campaigns. This transformation was driven by three trends, he said, pointing to the ability to finally measure key components in such campaigns, access more premium inventory, as well as engage users more appropriately.

Shodjai explained that brands are now able to determine what kind of audience has seen their ads, whether the ads change consumer attitudes about the brand, and if the ads are able to influence consumer behaviour or lead to a purchase. One of Google’s use cases, TalkTalk Telecom Group, for instance, was able to slash its CPA by 43% by targeting viewable impressions, he said.

Another key topic that popped up at the summit was the oft-touted need for more information, not about consumers, but from the agencies and publishers.

During a discussion about building a transparent marketplace, panellists noted the need to improve context as well as interactions between buyers and sellers. In short, it all boils down to disclosure, according to Lachlan Brahe, ANZ vice president of comScore, who added that people needed to know what they were buying, and selling.

Angus Mclean, digital strategy manager for Telstra, concurred, noting that the onus was for everyone involved to be clear about what they were paying for and putting into their buys.

“For Telstra, that means getting more out of our media and getting what it actually says on the box, and that we’re reaching a real person. [It means] that is what was sold to us and pitched, and that’s what we expect to get. It should be no different from walking in and buying [a product] off the shelf”, Mclean said.

Panellists also touched on the need to improve the quality of impressions delivered by programmatic and noted that viewability had emerged as a popular component in campaigns.

Citing comScore stats, Brahe said Australia had an estimated viewability of 46% at an aggregated more discriminant and targeted premium or paywall content, which inevitably would have lower viewability volume.

Mclean underscored the need for marketers to set benchmarks and the acceptable level of risks they were willing to take.

Brands, however, should not be obsessive about achieving absolute viewability, which would be almost impossible to achieve, noted Steve Dolan, managing director for Integral Ad Science.

To expect 100% of the audience to view the ad 100% of the time would be misguided, Dolan said, since whether consumers did so or not would often depend on several variants, such as the number of times they had seen the ad.

He added that it remained challenging to measure certain platforms such as video and mobile, which were unique environments and had varying levels of adoption within the publishing environment. He noted, though, that industry players were already investing efforts to develop capabilities to measure mobile, for instance.

To in-house or not to in-house

There was also much debate over whether brands should operate their own trading desks or turn to agencies to run their media buys.

Lenovo, for instance, chose not to use a trading desk because it wanted control over its data and for its own team to have a good understanding of the business, said keynote speaker Gary Milner, global director of digital marketing at Lenovo. The programmatic advocate had spearheaded the hardware manufacturer’s global programmatic plan, which was launched in 2013, and believes programmatic will account for all media buying in the future.

“To have [data] integrity and understanding the business are very important to Lenovo,” Milner said, who revealed that the company splits its media buy into two main buckets, foundational media–comprising direct and programmatic ads and aims to achieve scale, reach, and efficiency–and designed media, which looks at created campaigns and aims for creativity and impact, and involves working with media players to address its audience.

Its platform stack cuts across measurement, audience and safety, media, and content, and taps various tools and partners in the industry including Nielsen, Adobe, Integral AdScience, and TubeMogul.

Keen to measure the returns from adopting programmatic, Lenovo constantly compares its media buys across premium and programmatic inventory and found, for instance, it achieved lower cost per completed view with the latter, at $0.02, compared to $0.05 for premium inventory. It also found that a targeted audience buy also pushed up purchase intent, with a 7% climb, over standard audience buy, according to Milner.

Another brand that has gone the in-house programmatic route is Foxtel, which did so in order to access the data it needed to support its efforts in customer acquisition.

The pay TV company’s director of marketing operations and media, Justin Robinson, said it also considered the industry’s call for more transparency from publishers and agencies. In addition, Foxtel wanted more stability in the skillsets involved in its media buys.

“There was a lot of churn involving digital staff among the agencies [who] were mostly quite young, and not having that consistency in our business–especially when data was so important for us–was disruptive,” Robinson noted. “So that’s why we set up an in-house team.”

He said the company saw “some quick wins” from going in-house with its programmatic media buys, including slashing its display costs by half in the early days as well as achieving more efficiency.

However, setting up in-house programmatic teams may not be the right move for every organisation, he said, and urged brands to assess their capabilities and decide whether they had the right business and volume to do so. There also are challenges they need to be prepared to address, he said, pointing to the difficulties Foxtel faced during the initial period in finding the right skillsets for its team.

To help cope with the learning curve, the company further turned to industry partners to provide some guidance on steps it needed to take, he added. “Now, we’re in a situation where our tech stack and capabilities have outpaced our creative capabilities. It’s not a bad thing to be faced with, but it’s an area we’re working on to get the creative to better understand what we can do from a technology point,” Robinson said.

Brands evaluating the in-house model should look to have a firm understanding of the industry and assess their business needs in terms of whether they have the right volume and first-party data, the Foxtel executive said.

He also noted the importance of retaining good working relationships with agencies, adding that the pay TV provider continues to work with Mindshare, which it sees as an extension of its in-house team. “It helps ensure we use the resources we have most appropriately,” he said.

Given the growing issues around privacy, Phil Cowlishaw, head of technology at Ikon, said it would make sense for brands that had enough data and scale to build their own programmatic teams, be it a hybrid or pure in-house model. “But I also see an aggregation of knowledge that an agency can provide, and not all brands can afford to operate a fully staffed team focusing solely on programmatic,” Cowlishaw said.

About Mark Abay - Content Director, Ashton Media
Mark is Content Director at Ashton Media. It's his job to create interesting and engaging conference programs that stretch the thinking of our attendees. Mark works closely with our industry advisors to ensure the conference content is aligned with the needs and interests of our audiences.